Your ever-lovin' Stepfather of Soul has just returned from Washington, D.C. and the inauguration of Barack Obama as the nation's 44th President. Quite a few media outlets, including blogs, have pointed out the euphoria that gripped the city and how the very diverse crowd coexisted in a spirit of "love and unity" to the extent that one blogger called it "Woodstock without the mud." From my firm's D.C. office I was able to watch the swearing-in ceremonies on TV and then see the parade pass right by the window, although the President and First Lady ended their short walk outside of their limousine just short of where our building was located (darn)! Anyway, in the midst of all of the fun, I overheard a few Philadelphia soul classics (especially McFadden & Whitehead's anthemic "Ain't No Stoppin' Us Now"), and so the Philly sound has been stuck in my head. Just a few minutes ago, in an "a-ha" moment, I realized that today's selection fits nicely in line with the excitement and national pride that made for a great time in D.C.

Elton John and Bernie Taupin wrote "Philadelphia Freedom" in honor of tennis legend Billie Jean King and her team, the Philadelphia Freedoms. Gene Page, then hot with his arrangements for Barry White, gave a helping hand with the string arrangement, and the Muscle Shoals Horns contributed the horn charts. The soulful, patriotic-sounding single, credited to the "Elton John Band," shot to #1 on the pop charts in 1975. (Being a 1974 baby, "Philadelphia Freedom" is actually one of the very first songs I remember hearing as a child.) It's probably not surprising that since the future Sir Elton cribbed a page from the Philly soul playbook for the song that some soul cover versions would emerge. I've heard several, with Esther Phillips' Kudu reading being one of my favorites, but for today I'm going with MFSB's instrumental take of the tune, which was a hit for them that year. The already-danceable tune is geared even more for the disco dancefloor in MFSB's collective hands, but the uplifting spirit of the tune rings through all the same.

(EDITOR'S NOTE) - Hopefully, this weekend I can get around to posting ... 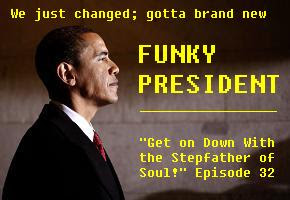